A forum for members of the Hammer Corps on DCUO's USPVE server.

You are not connected. Please login or register 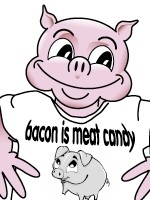 IC Character Informaion
Apparent Age:35
True Age:35
Race:Appears human
Gender:Male
Hair:Brown
Skin:Caucasian
Eyes:Blue
Height:6'10"
Weight:325lbs
Body Composition:Appears to be of normal human composition
Mental State:??
Place of Residence:??
Place of Birth:Metropolis
Known Relatives:??
Friends:Azure Hammer, Barbosa, Fnord, Karal, Nockabout and all members of the Hammer Corp
Enemies:Those opposed to liberty and justice for all
Nationality:American
History:(Greg Glock {*a name later assumed by Mister Liberty} ) lived in Metropolis with his wife and daughter prior to the Braniac Exobyte Invasion. On the day of the invasion Greg lost everything. In one horrific fiery explosion both his wife and daughter died and Greg lost most of his memory as their apartment building was reduced to rubble. Greg lay unconscious beneath a scorched pile of the remnants of his life for days. With a city in chaos and every available hero dealing with Braniac’s invasion, Greg was left unnoticed.
Greg slowly regained awareness. Alone, hungry and filled with despair Greg called for help. Over and over he screamed. He could feel his wedding band on his finger…he tried to call out his wife’s name. He simply could not remember it. He started to panic. He tried to cry out for his daughter and found he could not recall her name. Images raced through his mind. A room shaking itself to pieces. Windows exploding in a shower of blades. A sudden strange sensation racing throughout his body. First the looks of panic, then the looks of terror on his wife and daughter’s faces. Trying to gain his footing as the world seemed to be shaking itself apart. Reaching for them. Wanting to grab them both and get them to safety. Anywhere but there in that small apartment. And then a brilliant ball of orange molten light. The sun itself surrounding them. Greg couldn’t hear their cries or see them. Falling. Failing. Darkness.
Greg’s heart began racing. He was shaking. A wave of fury washed over him. In the darkness a faint light began to glow at his fingertips. First a pale yellow and then orange. Crimson then crowned the orange. The light rapidly expanded to incase Greg’s entire body. Tears flowed from his eyes as he screamed in rage…
Greg was now kneeling in a small crater. Acrid smoke hung thick in the air as he shielded his eyes from the sun. The sounds of a city still in the throes of chaos filled his ears. Unable to explain his liberation and consumed by the pain of his wife and daughter’s deaths he started walking towards the wail of sirens, melting the asphalt as he walked.

Greg went on in the weeks and months that followed, to first lose himself in self pity and drunkenness. Eventually, like so many others he arrived on the doorsteps of the JLA. Hopeless, confused and without a sense of direction he signed up for the mentoring program being offered by the league. Under the watchful and encouraging eyes of Superman Greg found sobriety. He also found stability. He learned much about the powers that had manifested within him. Impressed and awed by the ideals and character of Superman, Greg vowed to in turn help others. With a clear mind and a newfound purpose Greg went out to find others like himself. Mister Liberty was born.

Mister Liberty soon found the Hammer Corp. Within their ranks he was surrounded by like minded individuals. Mister Liberty fought tirelessly and rose through the ranks. He became a Director with the Corp and assisted in its organization and management. Mister Liberty also handled many operations for the Corp by himself when necessary. On a mission to Croatia, one that was supposed to be routine, he went missing is assumed dead. Details of his death and the exact nature of it are an issue of rumor and speculation at best. Some reports indicate that the Yellow Lanterns were seen in the area. Others say it was the Green Lanterns. And yet others even state the two were engaged in battle with an unsuspecting Mister Liberty caught in the crossfire.

Other related Mister Liberty Information:
*Mister Liberty met Nockabout in the Hammer Corp and they formed a relationship over time. Mister Liberty adopted the civilian name of Greg Glock so that he could get a civilian job with Samantha Stacey.
*Mister Liberty’s last known city of residence was Gotham.
Current date/time is Fri Jan 15, 2021 12:22 pm